Clan Crozier  has been censored and deleted from Wikipedia though it had a lot of activity. 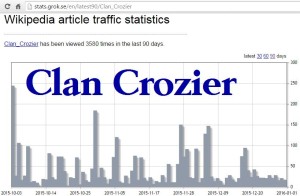 As compared to the Wikipedia site which had activity; 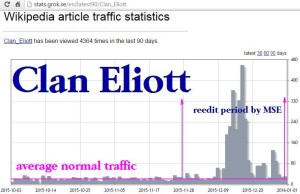 The peaks and most of the activity was caused by censored information to the Clan Eliott site of;

Composed by Mark S. Elliott, but like Wikipedia article Clan Crozier, the Clan Elliot information was also censored from the Clan Eliott site.

If historians, can not use deeds (sasine) in the history, then what are they using? 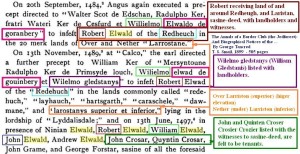 The Annals of a Border Club (the Jedforest): And Biographical Notices of the Families 1899, George Tancred

Because the deed of Redheugh, Lariston, Hartsgarth and other; to the Clan Elliot chief’s land is old does not make it invalid.

Search engine bias by adding a 2 to elliot; 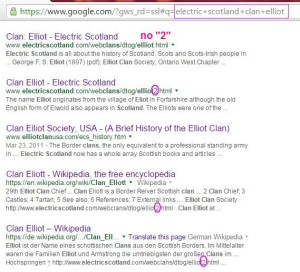 and see for yourself.

Can anyone figure out who QuintusPentillus is?

First Lines from Crozier in Canada and New Zealand; 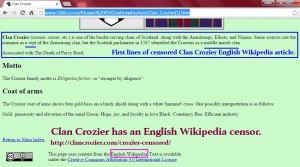 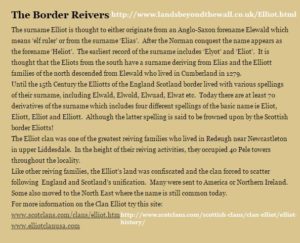 Link provided by above;

If you are publishing to Wiki, please use above code.

It’s called picking up the pike from the fallen to continue on.