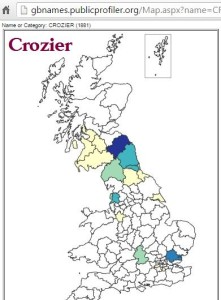 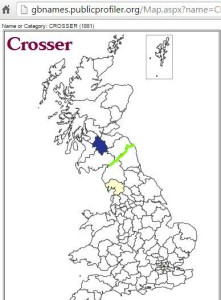 Evolution and migration to these names; 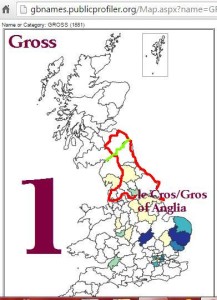 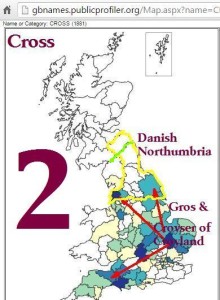 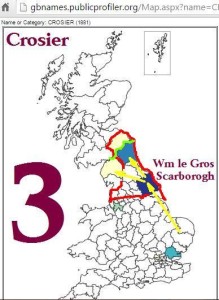 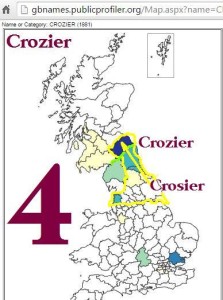 Name migrated North as Danish of Anglia, to the Danish of Northumbria (also towards southeast England) of West and East Riding (riding Danish for region like a county), Yorkshire of Northumbria, which became England.

The Crosier name of Scarborough, Durham, England, became Crozier of Liddesdale, Roxburghshire, Scotland, because the Scots like using Elliot instead of Elliott, like to differentiate their name from the English. 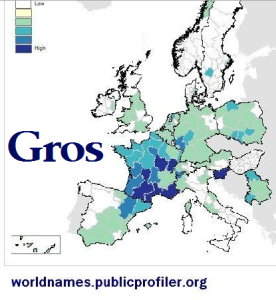 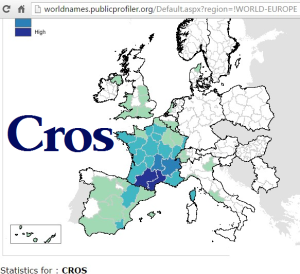 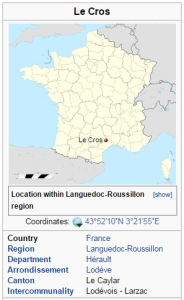 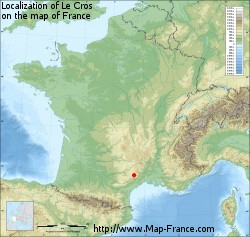 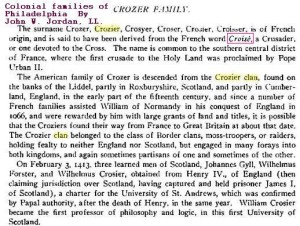 Though Croise is for crusaders which bear a cross; it would be easy for the Croise surname of France in England to become Croiser or Croyser, then Crosier, and then Crozier in Scotland.

Names have a tendency after adoption of surname to combine  into a common surname over time. Where the surname originates is not always indicative of where the people bearing that surname are from. But, the original surname, concentration will indicate where various people are from, because density of the name does not stray to far from it’s origins. Some societies adopt surname much later than the French, and the French surname can be seeded to such populations of people.

The name Crosier is predominately in England, and has a strong location where William Le Gros (Cros), built the first castle for Scarborough. 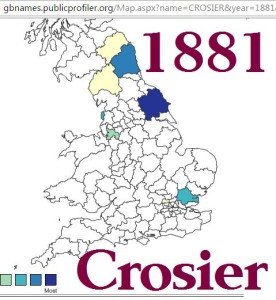 Crozier, is Scottish of Liddesdale-Treviotdale Roxburghshire, and the Scottish like to differentiate their surname from the English, and likely changed the “s” in Crosier (of cross), to a “z” to make it Crozier (of bishops sheepherder’s cane), which changed the meaning of the name. 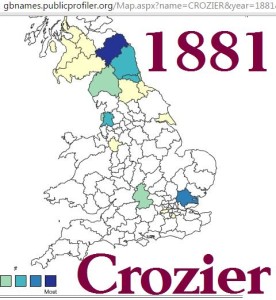 Croyser, in the fourteenth century were found in Bedfordshire, Co, England and Liddesdale, Scotland. Today Crozier live near these same regions; 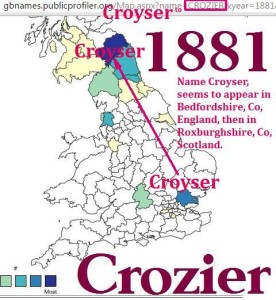 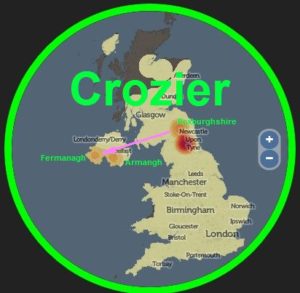 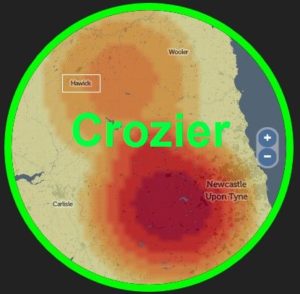 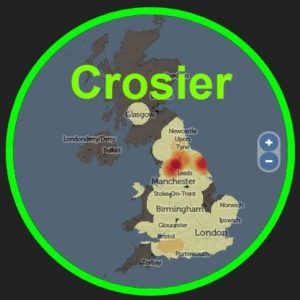 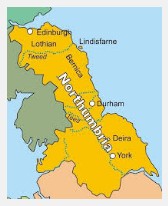 Concentrations of Crosier-Crozier are in England, a region which was Danish Northumbria.