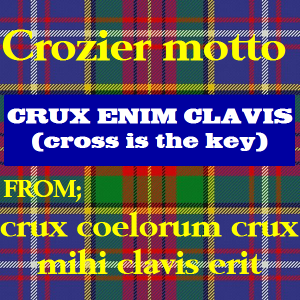 Anthony du Crozat (Crosset), a French Huguenot is a refugee to Ireland 1591. 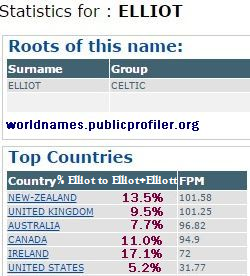 In Scottish “Elliot” surname retention, Ireland (likely Ulster), then onto New Zealand and Canada for the high numbers;

Diligentia fortior, or “stronger by diligence”.

The motto above did not seem to fit the Crozier, but was shorter, and that was good. It seem that the motto above needed the key concept in a less maybe conflicting manner.

With dual meanings seemed confusing, so simplified to;

Could fit on a clan belt design,

Crossed Keys as a symbol of Reconciliation

Also in the form of the Cross of St Andrews, of the Scottish flag.

Or a key which is a cross; 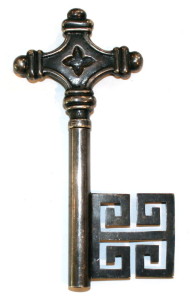 My bias is the keys in the form of St Andrews Cross, indicating reconciliation, and the motto;

It takes time to get things proper, but if someone could provide a design for the badge free for all Crozier it would be greatly appreciated.

It may help to realize the shield form Robert Bruce Armstrong’s book on the History of Liddesdale, and its region; 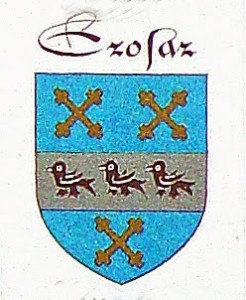 Though of the Religious Society of Friends do not favor a cross. Wm Penn’s book “No Cross, No Crown”. The name Crozier, easily evolved from Crosier, with cross as the basis. Likely the Crozier name origin came from name locality of Le Cros in southern France, previous to The Reformation. The Christain Church, and for a respect to the French the Americans, as opposed to the Scottish influence by the English with a name like Crozier likely of Le Cros, a cross it is felt should be on the arms and in the motto, though I may not care for crosses, and others may not care for the French it is felt that the French influence should show. After all if New Zealand does not have any French origin, I can assure you  Canada and the USA does.

With heaven and cross in the moto it shows the pre-Reforamation sustainability of a clan once vanquished, and gives the motto a sense of tradition to the name of Crozier, and all the earlier variants it was derived from.

Need viable reference which surpasses that of William Armstrong Crozier 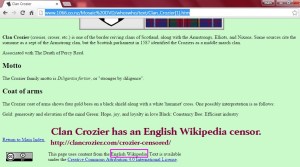 A badge design for Clan Crozier; 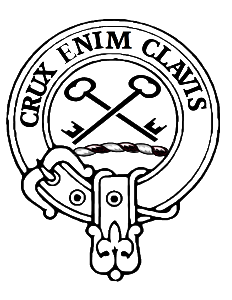 cross is the key